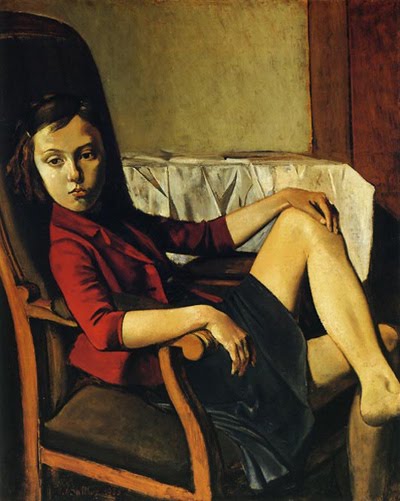 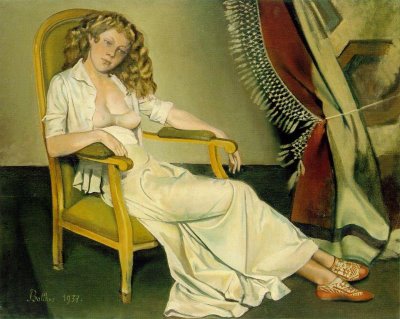 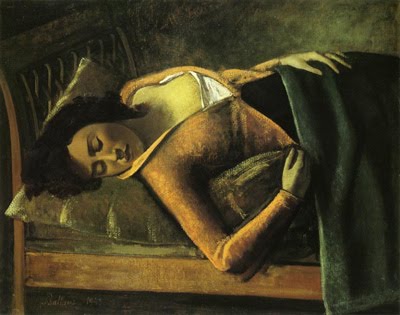 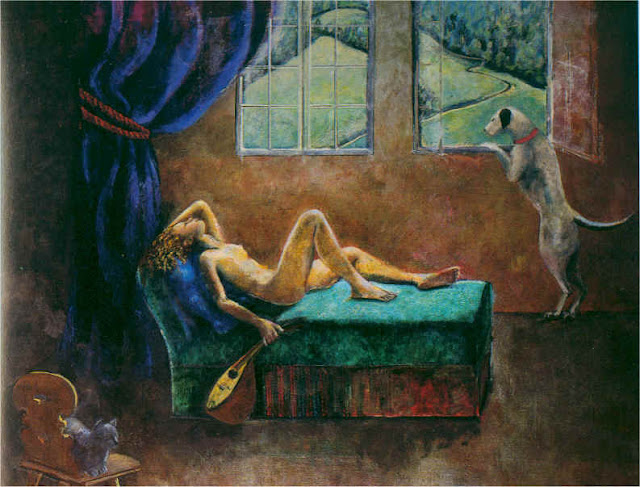 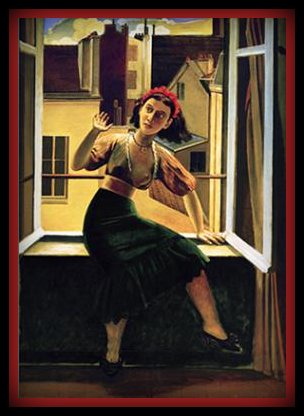 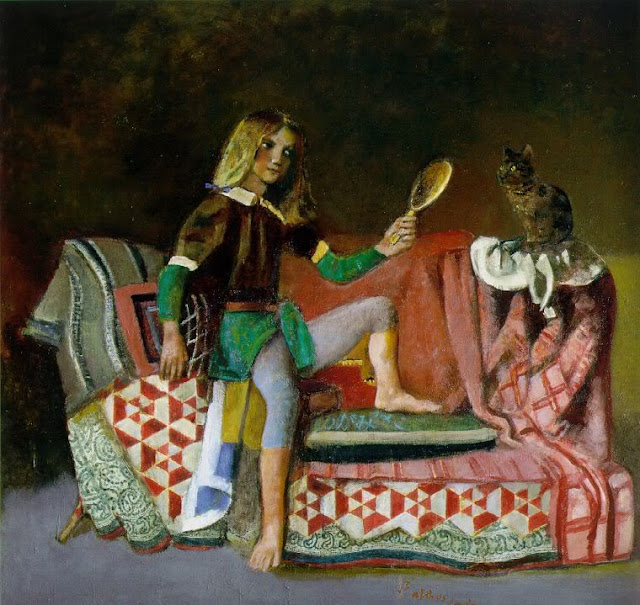 Balthazar Klossowski de Rola (1908-2001), known as Balthus, French painter. From a highly cultivated family background, he began painting at the age of sixteen. He met Rilke - who wrote the preface for a collection of his drawings - and Bonnard, who was a strong influence on him up to 1930. It was at this time that the characteristics of his style became fixed: a convinced figurative artist and opposed to all forms of abstraction. His pre-war painting is closer to realism and Neue Sachlichkeit, if not to Courbet (The Mountain, 1937). After 1945, his painting became denser, while his subject-matter changed. The nude made its appearance and, in particular, adolescent girls caught sleeping or in equivocal private moments - half-way between innocence and perversity. But the rigorous composition and slow execution remained unchanged (Balthus would happily spend years on a single canvas, and go on to produce variants). He kept too the love of his craft, admiring Piero della Francesca and oriental painting, in which he discovered examples of work concerned not with realistic representation but with 'identification'. In his canvases, time is frozen, the traffic of life is stilled, gestures are suspended before they can declare their purpose: the scene is there to be uncovered by anyone who can find mystery in the anodyne. 'We did not know how to see reality and all the disturbing things our apartments, our loved ones and our streets conceal,' wrote Albert Camus in 1949 in the preface to one of Balthus's rare exhibitions.
According to the eldest son of Balthus, Stanislas Klossowski de Rola, "The girls are untouchable archetypes of purity belonging to a higher realm. Their very youth is the emblem of an ageless body of glory, as adolescence aptly symbolizes that heavenward state of growth to which Plato refers to in the 'Timaeus'. ... "

I refuse to confide and don't like it when people write about art.

One must always draw, draw with the eyes, when one cannot draw with a pencil.

Painting is a language which cannot be replaced by another language. I don't know what to say about what I paint, really.

Painting is a source of endless pleasure, but also of great anguish.

Painting is the passage from the chaos of the emotions to the order of the possible.

Painting what I experience, translating what I feel, is like a great liberation. But it is also work, self-examination, consciousness, criticism, struggle.
Balthus

Email ThisBlogThis!Share to TwitterShare to FacebookShare to Pinterest
Labels: balthus