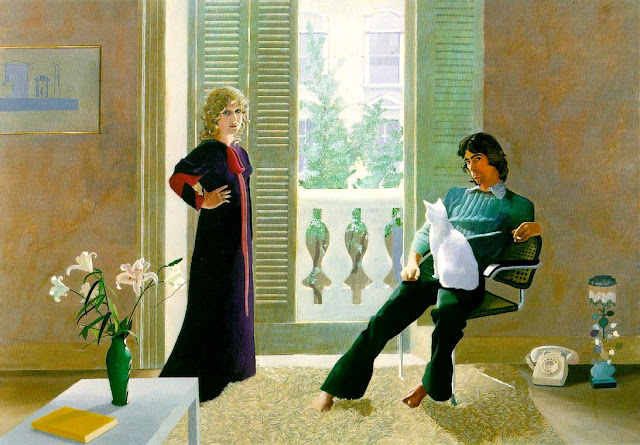 David Hockney,(born 9 July 1937) is an English painter, draughtsman, printmaker, stage designer and photographer, who is based in Bridlington, Yorkshire, although he also maintains a base in London and Los Angeles. An important contributor to the Pop art movement of the 1960s, he is considered one of the most influential British artists of the twentieth century.Hockney was born in Bradford and educated first at Wellington Primary School. He later went to Bradford Grammar School, Bradford College of Art and the Royal College of Art in London. While still a student, Hockney was featured in the exhibition 'Young Contemporaries'- alongside Peter Blake- that announced the arrival of British Pop Art.In October 2006 the National Portrait Gallery in LOndon organized one of the largest ever displays of Hockney's portraiture work, including 150 of his paintings, drawings, prints, sketchbooks and photocollages from over the course of five decades.Many of Hockney's works are now housed in a converted industrial building called Salts Mill, in Saltaire, near his home town of Bradford. Since 2009, Hockney has made drawings using the Brushes iPhone application.
Posted by Magda Vacariu at 8:40 AM