Here are some of the pictures I took in Vienna this summer. 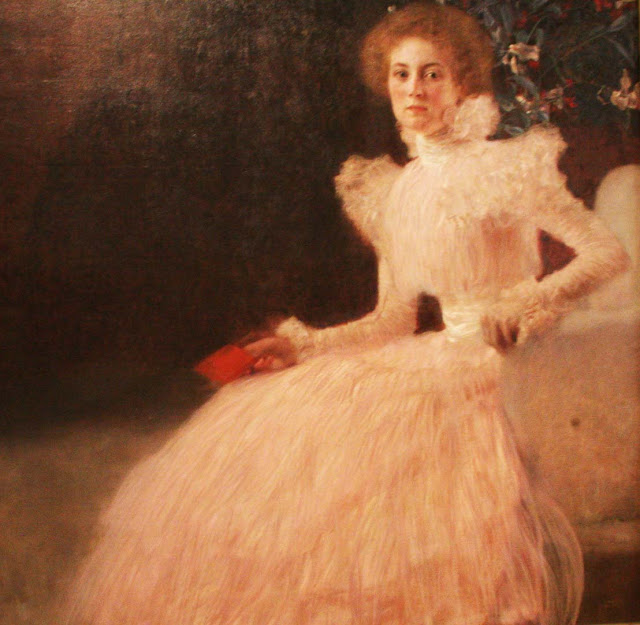 This beautiful portrait can be seen in Belvedere Museum in Vienna. Here you can also admire The Kiss and many other important works of Gustav Klimt. Klimt found an original technique to paint the dress of the model, from the distance looks so light and transparent and really complicated, but if you approach, you see only some very simple, long and thin brush strokes. The other portrait in which he employs a similar technique, is the one of Shubert. Klimt's portraits in Belvedere really opened my apetite for working in oil again.
Leopold Museum has one of the most important Egon Schile's collections, but many other artists are represented, like Klimt or some expressionist painters. 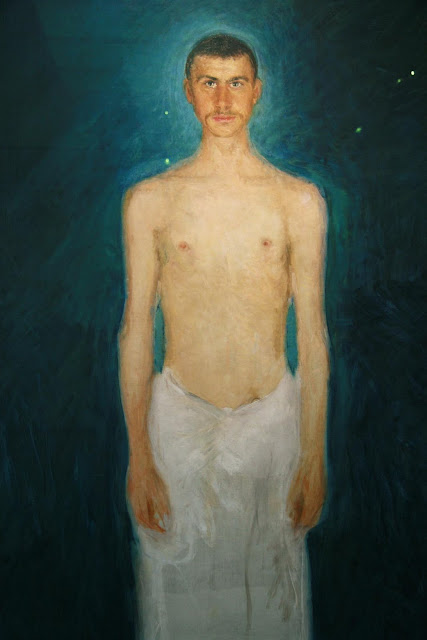 I really wanted to see this self-portrait of Richard Gerstl in real-life. In all the images I saw it, the background was either blue or green and I wanted to see for myself the real colour. Gerstl had a very short and tormented life, he didn't get along with many artists and he fell deeply in love with the wife of Schoenberg. Not a very wise thing to do, as Mathilde was some years older and had some young children to care for. The composer had the bad ideea to invite the young artist in his home and to order more family portraits. Gerstl did them in his way and style, highly stylized heads anticipated German expressionism. Mathilde and Gerstl ran away together, but she came back to her children and husband some months later. Unfortunately Gerstl killed himself at only 25. Such a loss, the same as in the case of Henri Gaudier, who died in the war at only 24, or Francesca Woodman who died at 22. Nevertheless all these young artists left great artworks behind. 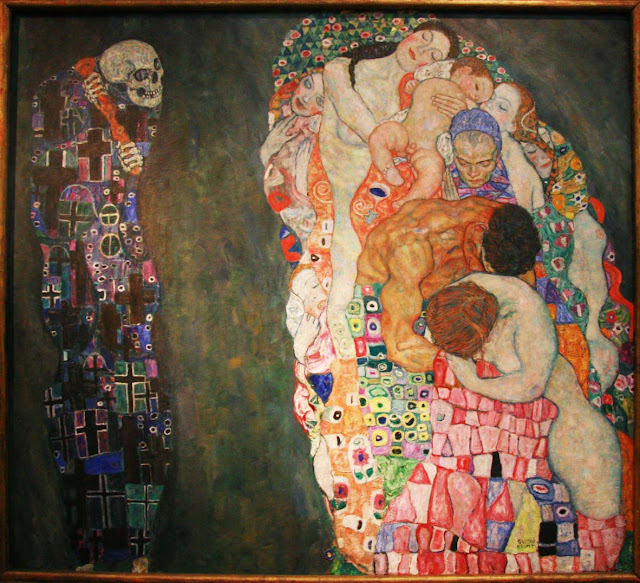 Klimt, Death and the Maiden, a magnificent work in a very large format. Must be seen in real life. 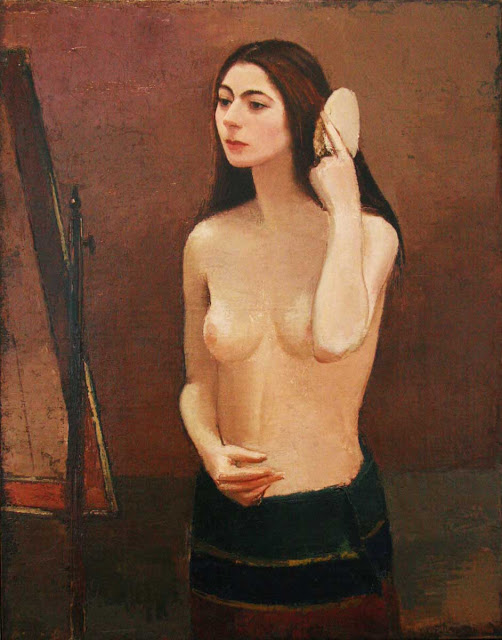 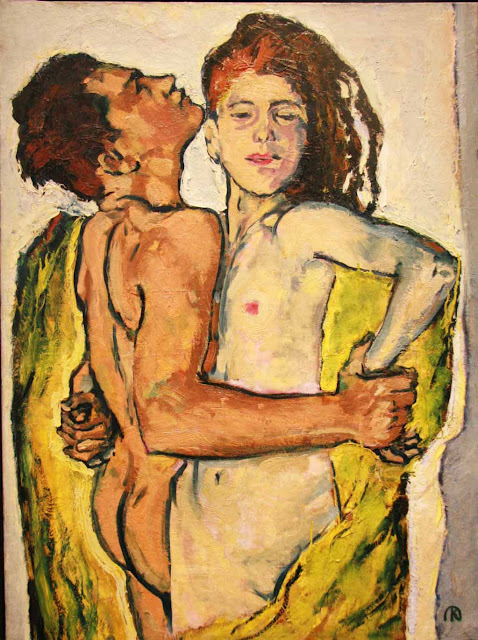 Egon Schiele in the Leopold Museum 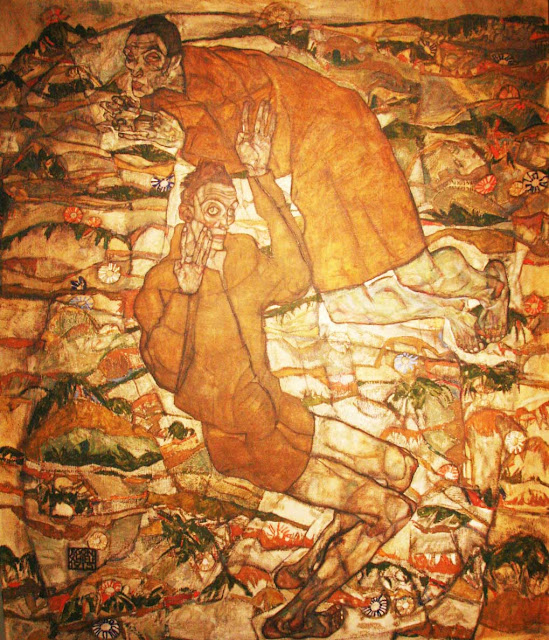 "Levitation" impressed me the most in the Leopold Museum. Schiele used himself as a model in this very large work. One of the personages touches the ground and the other one levitates, the earth is under them, seen from above. 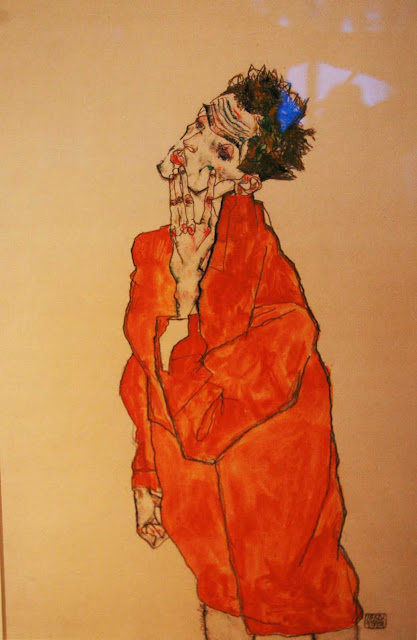 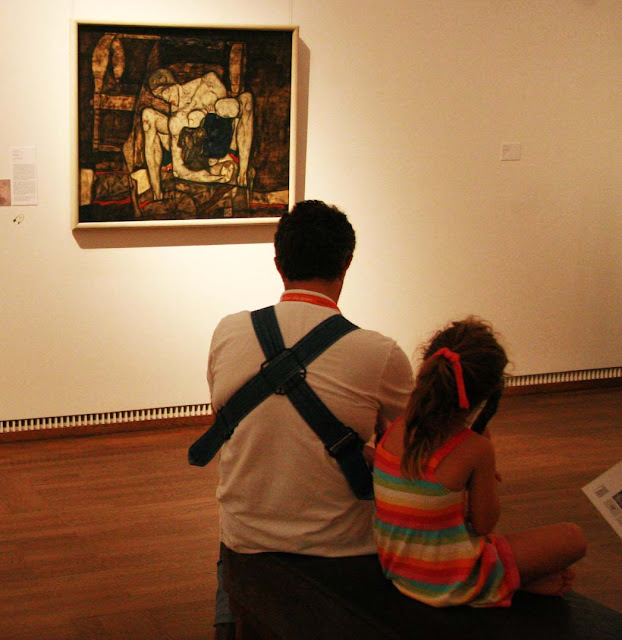 I was pleasantly surprised to see this young Italian family with two young children in the museum, the youngest only a baby was carried in front by the father; the little girl was probably only 4 or 5, and though she was listening carefully on the head-phones and put questions to her father. I guess this is the age to introduce a child to art. I have a lot to learn from them. 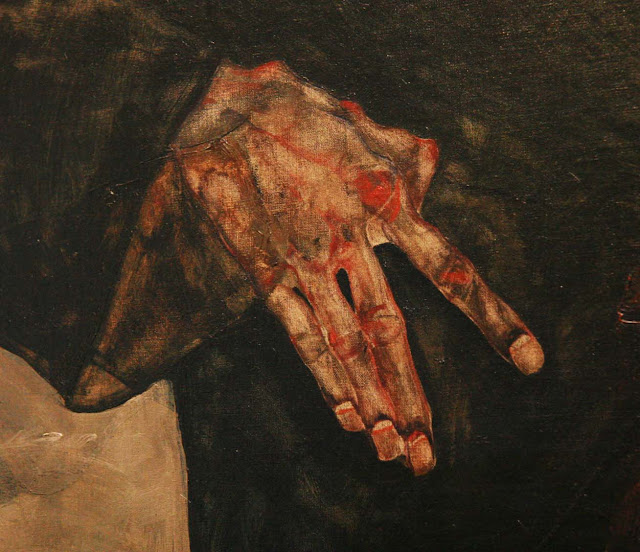 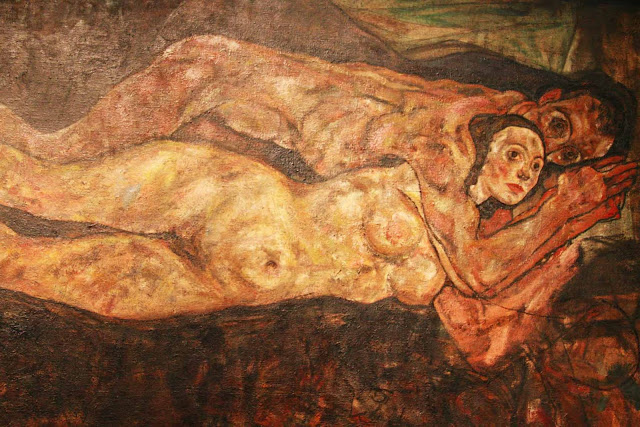 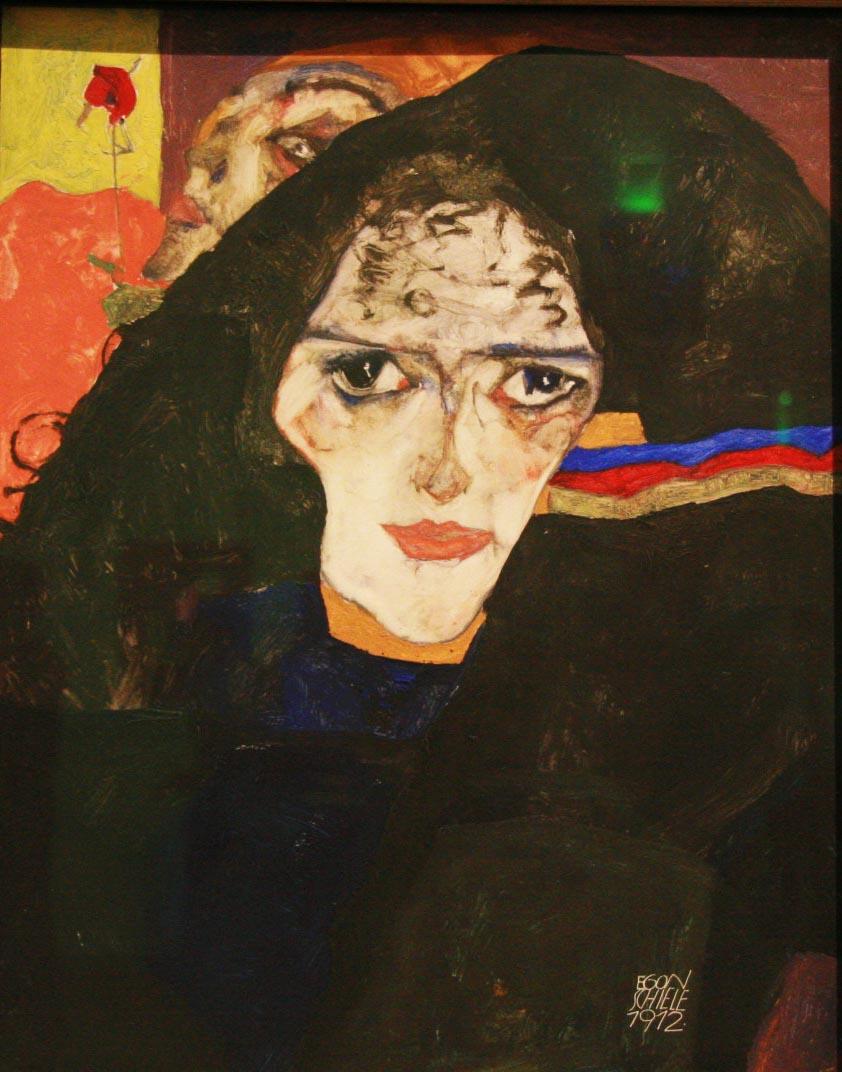 Wally was Schiele's lover and model for many years. When he decided to marry Edith, it is said that he still wanted to see Wally, but she proudly decided to walk away. Wally never loved anyone else after Schiele, she enrolled as a nurse in the war and died of scarlet fever. She is portrayed above as a mourning woman. Behind her must be Schiele himself, portrayed here as the lost husband. Schiele's technique, the expression of his personages, and the way he stylized the figures are amazing. 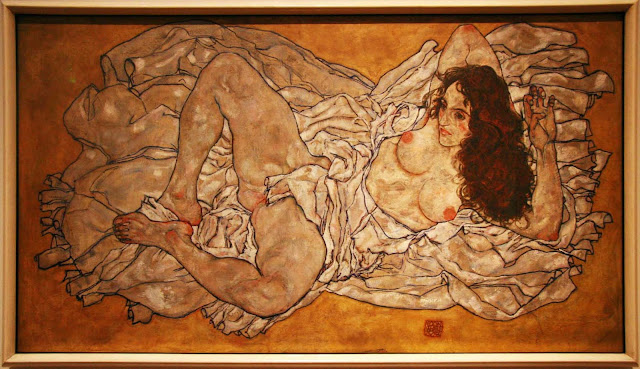 Schiele used his wife Edith as a model for this nude, which is said to be one of his most accomplished works. The head was replaced with the one of a model, from respect for his wife. 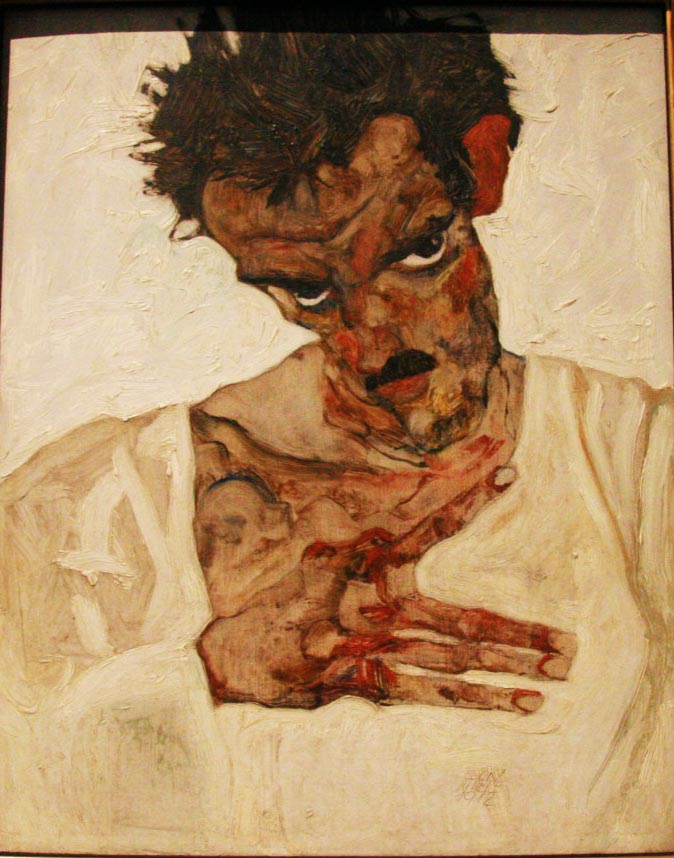 See many other works of Schiele here: http://magdavacariu.blogspot.com/2010/10/egon-schiele.html
Posted by Magda Vacariu at 8:59 AM