Tone or value is the degree of light or dark in an element. Unless the work is a drawing, or employs only grays, tone also enters into the qualities of a color, along with hue and purity. Tone may create mood (e.g. dark tones for threat or mystery), drama (wide tonal range) or emphasis (highlighting the object of interest).
Texture is the visual patterning, and may be abstract (the fluidity of glazes or watercolor) or informative (a silk dress looks very different from one in satin). In the absence of other features, texture may help to create pleasing diversity, to focus interest, and/or impose a necessary unity on the work.
Hue is the color itself, the specific wavelength. Colors create complex physiological and psychological effects in the viewer, and hues are therefore a primary means of obtaining or enhancing the emotional impact of a work.
Color Purity refers to the vibrancy and intensity of a hue, its freedom from admixtures of other hues. Pure colors are colors of a single wavelength, and have the dazzling clarity of stained glass windows — i.e. quite unreal, to be used with the greatest caution. But the infinite gradations possible, combined with tone and hue, makes color purity an expressive device in the hands of a sensitive and experienced painter.


Blending — softening edges of paint after they have been applied, usually with clean brush.

Body Color -Adding white to the colors in the painting, paint given body: dense paint: generally paint made opaque by adding white.

Broken Color-Painting small, disjoint areas of color, as in Impressionism or Pointillism

Chiaroscuro -Depicting boldly contrasting lighting in a painting; also refers to any element of light and shade in an image

Frottie - complete film of semi—transparent paint, either with glaze or smeared thin.

Grisaille -Painting entirely in monochrome gray; a type of underpainting of an oil painting

Impasto -Applying thick paint such that marks and strokes by a brush or knife are visible; for textural effects and glazes

Painting to Completion in Sections -Performing Alla Prima by section; runs the risk of a disjointed-looking painting if careless

Rubbing -Using fingers to manipulate the paint on the canvas

Scoring -Scratching a painting to reveal an underlying layer; usually done to achieve the effect of creases in skin and hair

Scraping back — paint scraped back to reveal ghost of last application or some of previous.

Teasing - manipulating paint after it has been set down.

Tonking -Having a sheet of paper absorb excess oil in a painting; named after British artist Henry Tonks

Toned Ground -Applying a stain over a priming (i.e., ground) before one begins to paint;

Underpainting — painting which is designed to combine with later painting (often but not necessarily glazes) to produce desired effect.

Varnish -Applying a protective film over a painting that results in either a glossy or matte surface.

Verdaccio - Painting in greenish-gray colors for later layers in an oil painting; a type of underpainting; effective for creating flesh tones; popular among Renaissance artists

Wet-on-wet -Literally wet paint used alongside wet paint; produces a lighter look when the colors mix; "painting from light colors up"; leaves no time for drying up and is thus a quicker method of painting


Alla prima is a style of painting where, instead of building colors up with layers or glazing over an underpainting, the painting is completed while the paint is still wet. Strictly defined, an alla prima painting would be started and finished in one painting session, but the term is also more loosely applied to any painting done in a direct, expressive style, with minimal preparation.

PAINTING ON A DARK GROUND
This technique was used by Rembrandt, Velazquez and others for strong chiaroscuro effects. The dark ground serves for shadows, other areas being built up as layers in varying degrees of opaqueness.


FA PRESTO
Fa presto resembles alla prima but there is no preliminary drawing and the paint is applied directly to the ground. The Fa Presto oil painting technique originated in 17th century Italy, and was developed as an offshoot of the 'misch' technique in order to paint a great number of paintings in a short time. As the name implies (fa presto means 'do it quickly') this manner of painting can be used to obtain quick, spontaneous and expressive results as well as more studied works. Starting with an earthen colored imprimatura we paint into wet layers of oil paint and do not have to wait for layers to dry before applying the next layer. By developing a ductus (the way one actually wields the brush) one can bring many structures into play and enhance the artistic expression of the painting considerably. Using a wide variety of brushes the painter can achieve an impressive range of effects.

GLAZING
A glaze in painting refers to a layer of paint, thinned with a medium, so as to become somewhat transparent. Glazing was an important part of old materials and techniques, managed most notably by Titian. Glazes allow pictures to be built up carefully in fine layers, and final color or tonal imbalances to be corrected. Glazing may be used for fine portraiture or any other realist painting. Semi-transparent layers are used one after another to achieve very fine details, give the impression of depth for the eyes, porcelain skin, etc. You must wait for each layer to be fully dry before you start a new layer. You may experiment with various glazing mediums to see what works best for you, some mediums are more fluid, other have a gel consistency. Glazes can be a mixture of linseed oil or poppy oil and turpentine or varnishes. One of the most popular glazing mediums is Liquin Original from Winsor and Newton. In order to minimise the toxicity I use now Winsor and Newton Artisan glazing medium mixed with some Artisan safflower oil.


For painting in acrylics, fine semi-transparent are obtained with various glazing mediums or water.
Here is a good example for glazing, have a look: http://www.explore-drawing-and-painting.com/oil-painting-techniques.html 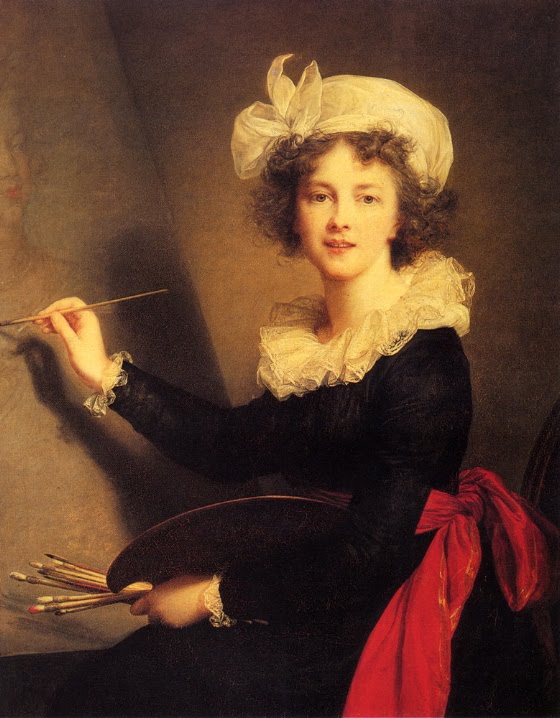 Elisabeth Vigee-Le Brun
SCUMBLING
Scumbling is a painting technique where a thin or broken layer of color is brushed over another so that patches of the color beneath show through. It can be done with a dry brush, or by removing bits of paint with a cloth.Scumbling is very effective in softening textures. You might use it for soft fabric, young skin, etc. For example, if you are painting a peach, you can scumble its surface to make it look fuzzy.If you use opaque color on top of the dried layer, then it has a semi opaque look. Almost like you add a veil to it. It lightens the color underneath but makes it more chalky.Function Scumbling is a painting or coloring technique where light, opaque colors are placed in thin layers over darker colors to create a softening effect. History Scumbling is a painting technique that has been in existence at least since the 1600s, since the time of the old masters. The famous Dutch painter Rembrandt was known to use this technique, and it can be seen in his works including "Self Portrait" and "Artist Contemplating the Bust of Homer." French painters were also fond of scumbling; for example, David Jacques-Louis used it for portraits such as in his painting "Madame Charles-Louis Trudaine." Effects Scumbling tends to create a glazed or opaque effect. It also builds depth to a picture as it adds layers and textures.
Types Scumbling can be used for several different purposes. It is most often used to soften dark colors by using an opaque or semi-opaque color rubbed over the top of them. It can also be used to blur the lines of a darker picture by brushing a lighter color over them. In some cases, it can bring a dense or opaque color across another, darker color to create texture in a painting. Painters who are creating scenes with sunlight, moonlight or different types of weather might use scumbling to create the effects they are looking for. They may also use it to add a glow to skin tones or different aspects of a room scene.Features In scumbling, a thin layer of opaque color is added to the whole or part of the surface of a brightly colored painting. This then softens the richer colors and gives them a less-clarified look. Because the layer of opaque color is so thin or because sometimes a transparent medium is added to it, the opaque color actually becomes semi-opaque.Misconceptions Scumbling is not the same as glazing. In fact, it is more the opposite of glazing. Glazing is when a layer of paint is thinned by a solvent or lighter pigment color so as to make the whole thing almost transparent and give a texture or gloss to the surface. 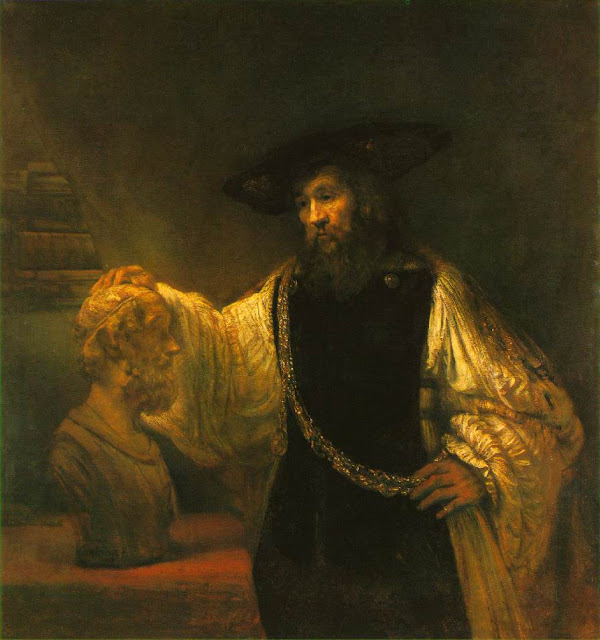 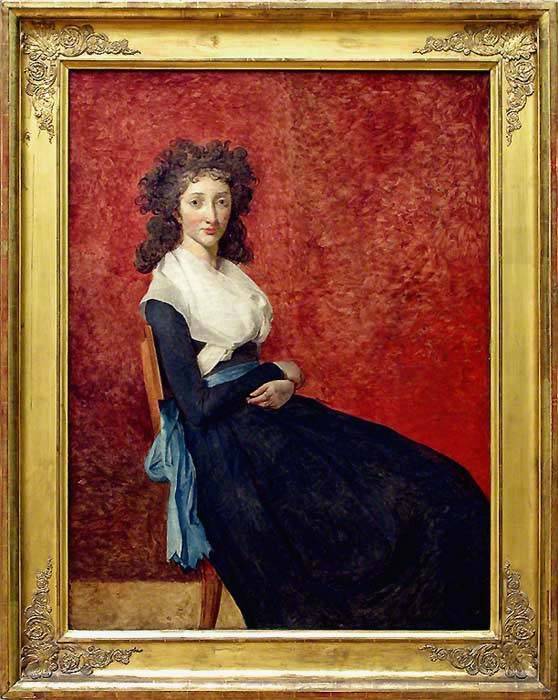 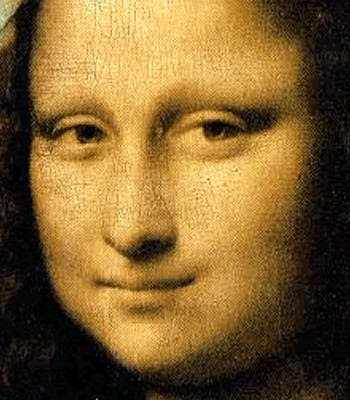 
CHIAROSCURO
Chiaroscuro, simply put, means light and darkness. In painting terms, it denotes the use of deep variations in and subtle gradations of light and shade to create the illusion of three-dimensionality, often to dramatic effect. The Baroque artist Caravaggio was a champion of Chiaroscuro, creating paintings ( Supper at Emmaus, below ) as hauntingly beautiful now as they were 400 years ago. 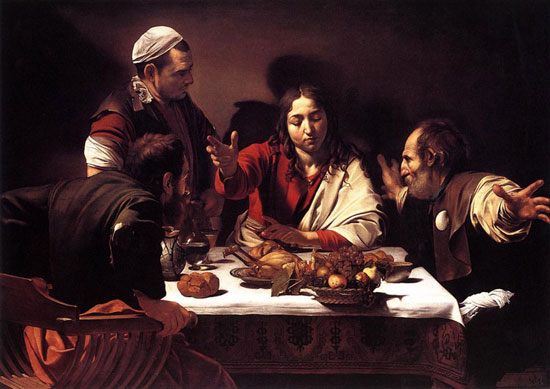 In comparison the paintings of Caravaggio, Correggio, and, of course, Rembrandt, have a heavy-handed approach to light and shadow. The focus of the painting is illuminated, as if in a spotlight, while the surrounding field is dark and somber – heavy, burnt browns melding to black. This is chiaroscuro, literally "light-dark", a technique which was used to great effect to create dramatic contrasts. 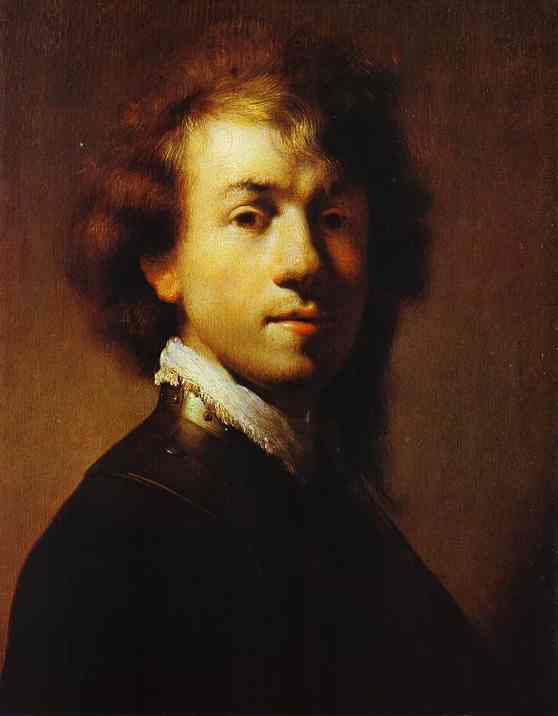 The effect was created using successive glazes of transparent brown. Notorious now, since the brown paints used by the later Renaissance artists tended to be tar based (bitumen) or burnt beechwood (bistre) causes problems in old master paintings by residue seeping through the canvas.


You can create the chiaroscuro effect using glazes of umber (or burnt umber if you want a warmer picture). Remember that if you need to touch up highlights near to the darkened shadow areas, you should warm your colors; add a little red to the mix to make up for the cooling effect of the surrounding darks.

Posted by Magda Vacariu at 2:48 PM